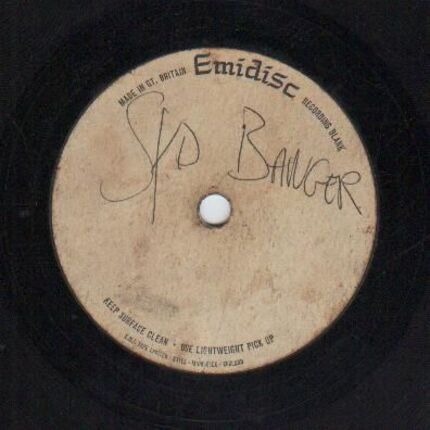 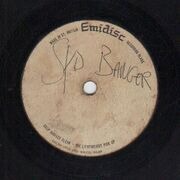 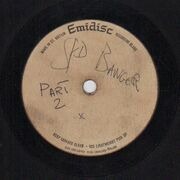 This mega rare and hardly documented recording was made in mid 1967 at Olympic Studios in London when Steve Marriott (The Small Faces) was producing the group 'Apostolic Intervention' for the Immediate label.

This acetate is the only known copy in existence.

At the end of the session Steve and some of the other guys in the studio began jamming and in the studio next to them that night 'The Jimi Hendrix Experience' who were working on new material. Steve had overheard a riff Jimi was playing about with that night and decided to play around with it himself, the two tracks on this acetate are the result of that session.

Steve titled the scratch band as 'Syd Banger' and wrote the details on the labels himself.

The acetate comes with the original cardboard 7' sleeve, but for protection it's housed in a polylined paper sleeve. [emil]