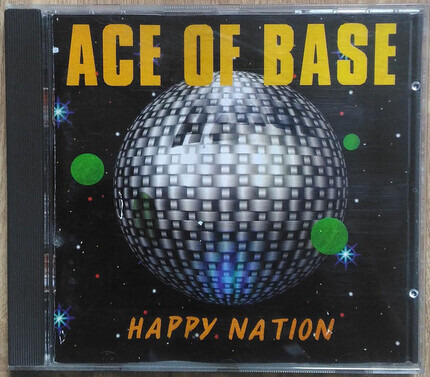 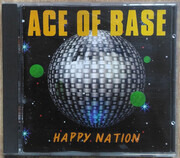 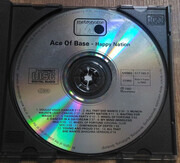 Marketed by Barclay in France.
Mastered at Tuff Studio.'[discogs] 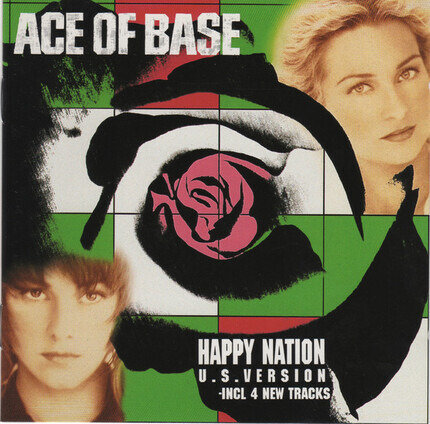 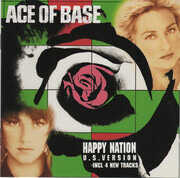 small Metronome logo in black at the bottom of the back cover.
'[discogs] 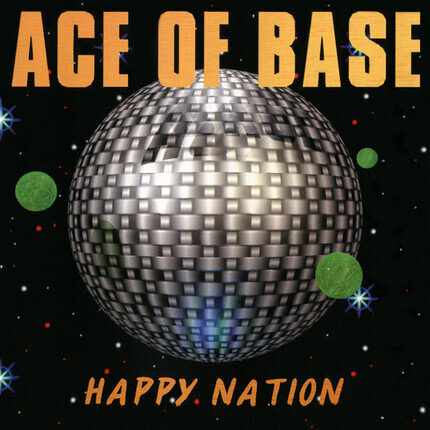 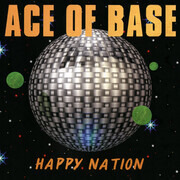 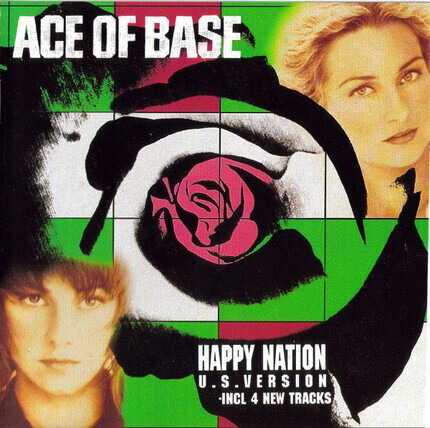 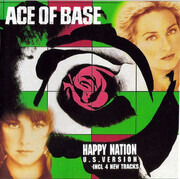 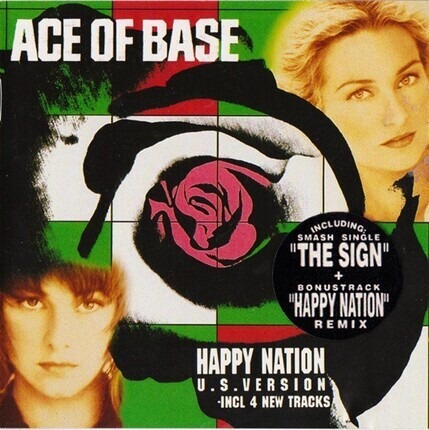 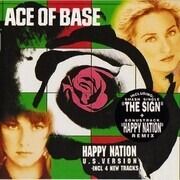 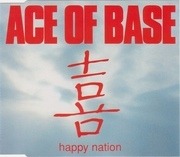 This version has an english copyright warning in the inlay bottom, and it doesn't mention Barclay on the inlay side panel.
'[discogs] 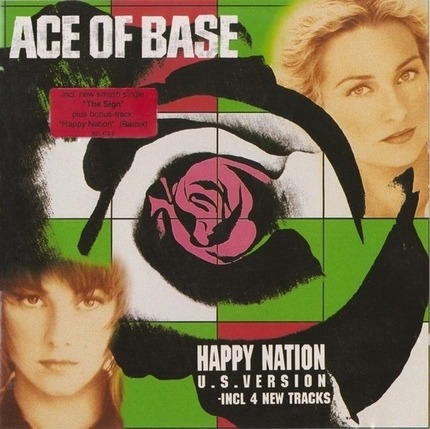 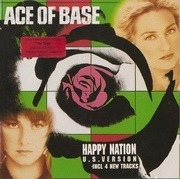 'This is the US version of the Happy Nation Album. Includes 4 new tracks.

All songs published by Megasong Publishing
except for 'Don't Turn Around', Published by Albert Hammond Music/Realsongs/Edition Sunset Publishing/Warner Chappell/EMI Music/BMG Music.
Marketed by Barclay in France and London Records in the UK.

Packaging: Black tray jewel case with a 8-page booklet.
A sticker on front of the jewel case appears with the text: 'incl. new smash-single 'The Sign' plus bonus-track: 'Happy Nation' (Remix) 521 472-2'

Distinction of this 'Happy Nation US Version' release from other counties:

- this edition only has the Logos of of Barclay and Metronome in black on the back cover.

-this edition did not include a Mega Records logo on back credits. 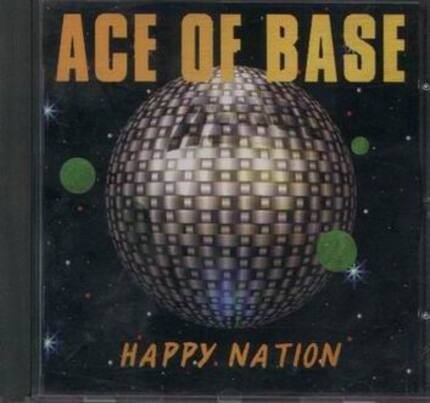 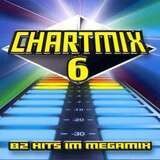 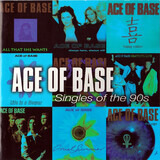 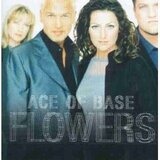 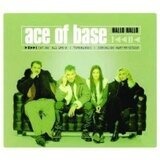